You are using an outdated browser. Please upgrade your browser to improve your experience and security.
Methanol Process

Get in touch with your enquiry using our contact form below. 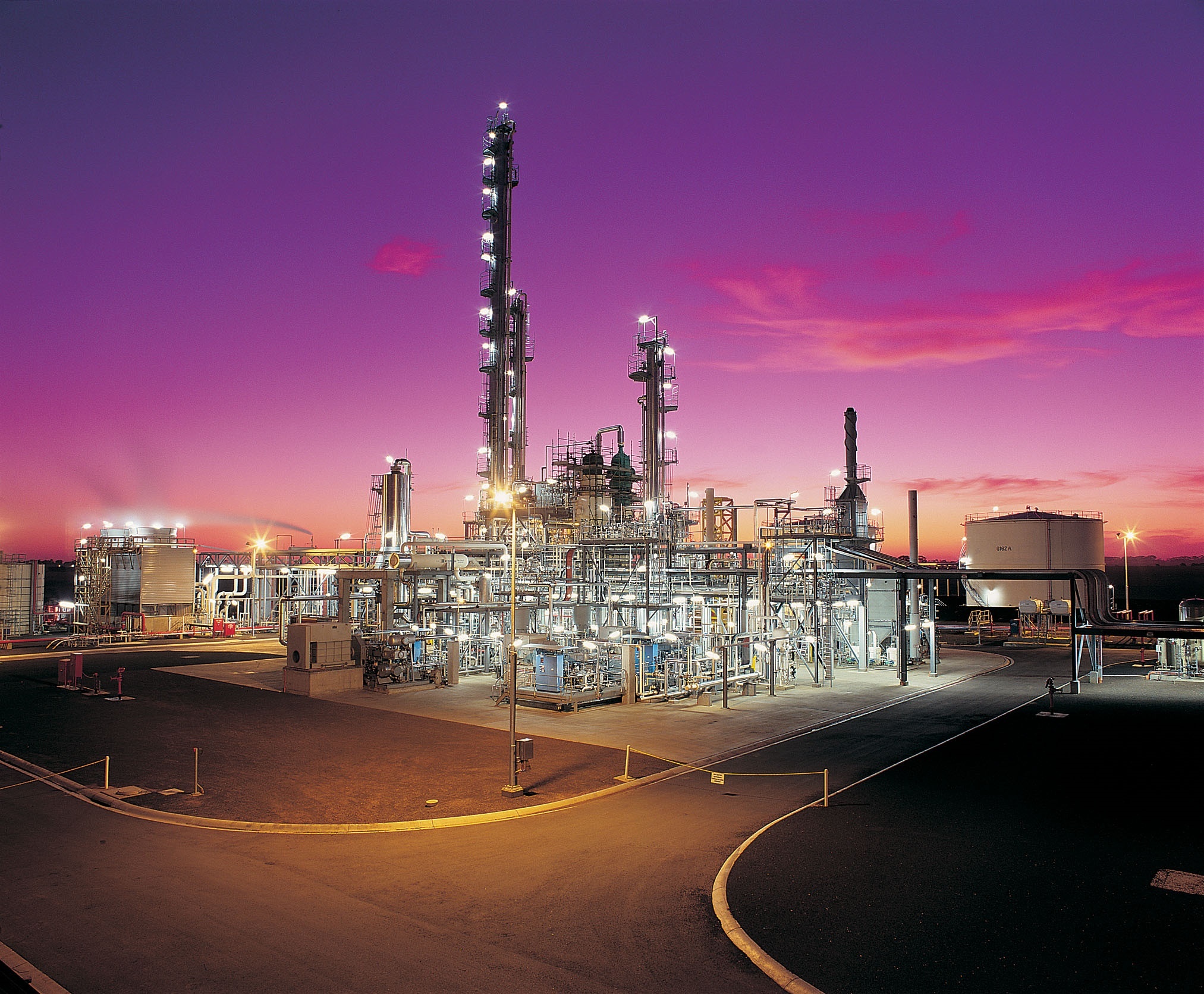 Natural gas is compressed and sulphur removed by hydrodesulphurisation. The desulphurised gas is cooled and then contacted with hot water over a bed of packing to saturate the gas. Additional steam generated in the boiler is used to achieve the required steam to carbon ratio for steam reforming. The total feedstream is then pre-heated prior to reforming.

Preheated gas flows from the pre-heater to the tube side of the gas heated reformer (GHR) where it is partly reformed over a catalyst. The partly reformed gas flows from the GHR to the secondary reformer where the bulk of the reforming takes place. The heat required for the endothermic reforming in both the GHR and secondary reformer is provided by partially burning the GHR effluent with pure oxygen.
The three main chemical reactions which occur are:

The net effect of these reactions is the production of a synthesis gas stream which is composed of carbon monoxide (CO), carbon dioxide (CO2) and hydrogen (H2).

The synthesis gas joins the synthesis loop recycle gas and is fed to the methanol converter. The converter is a tubular cooled converter design where the gas is preheated to reaction temperatures inside the tubes as it flows up through the hot catalyst bed. The hot reacted gas leaves the converter and provides heat to the saturator water circuit before finally being cooled. Crude methanol is sent to distillation whilst the uncondensed gases are recirculated back to the converter.
The two main chemical reactions which occur are:

The net effect of these reactions is the production of crude methanol. 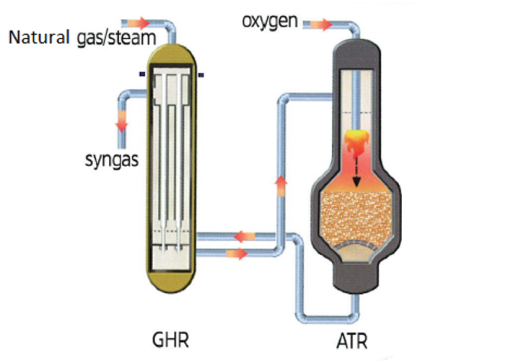 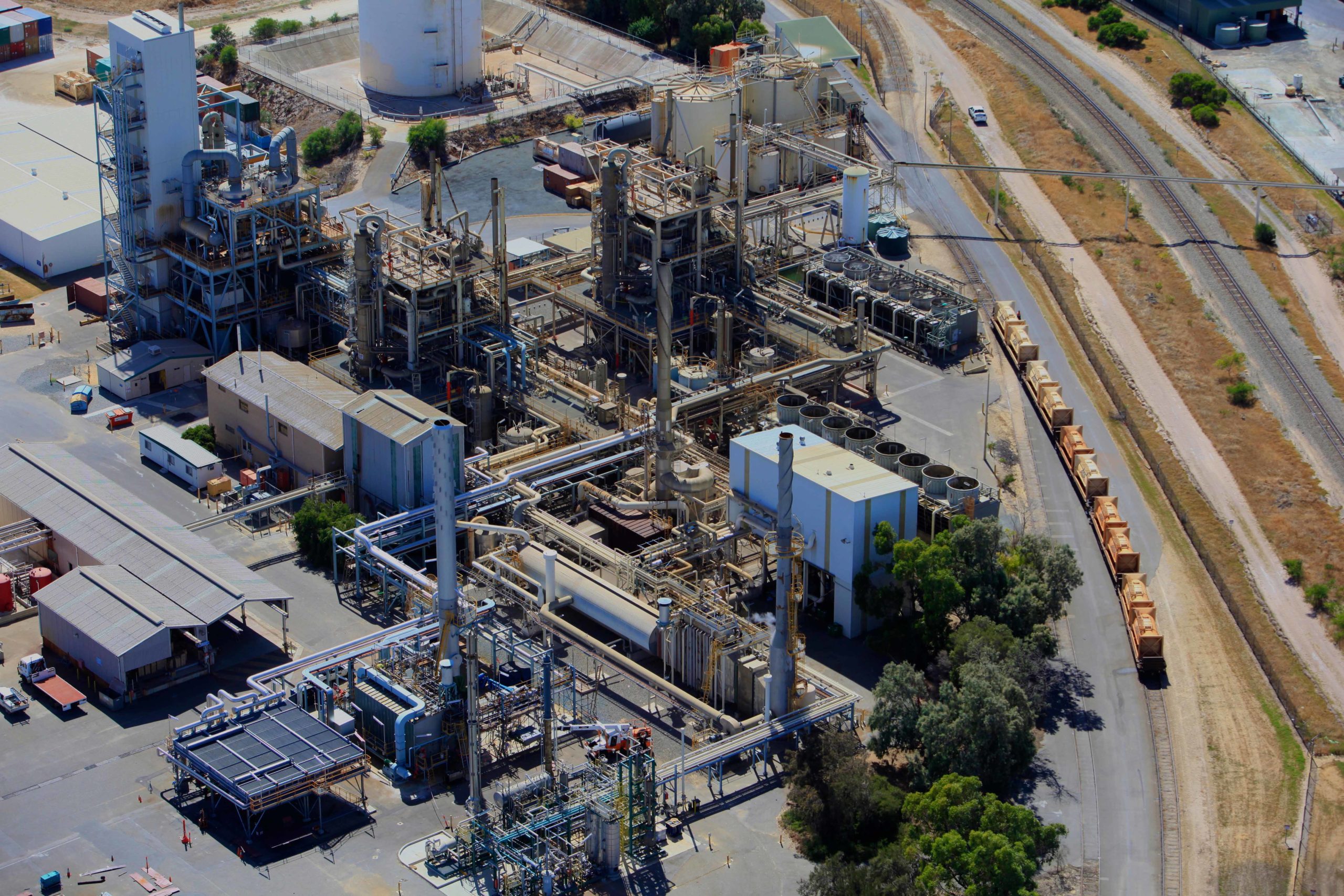